When revisiting works that were done in a different time and context, one of the pitfalls is that actuality is not necessarily guaranteed by re-politicising the work in contemporary arenas. The art practice has to allow for new conversations to emerge to prevent dated revisionist repetitions and nostalgic attempts to look back to measure the path covered (or not covered). Instead the work has to be allowed to open up new narratives of relationships and new connections if it is to be considered relevant and able to re-position itself.

The Parthenon of Books by Argentinian artist Marta Minujin is a clear example of the paradoxes involved in curating anew works that were originally created as a result of different predicaments and times. It is valid to ask whether the curatorial decision to include The Parthenon of Books in the 2017 edition of Documenta 14 in Kassel is one that can sustain the contradictions and tensions created by its exact replica without transformation. This work was originally created in Buenos Aires and inaugurated in 1983 just one week after the dictatorial regime gave way to the restitution of democracy in Argentina. This work was a response to censorship by authoritarian regimes because it was actually built of books banned by the Junta. The books gave the work its flesh, clinging to the skeleton of scaffolding, as well as its meaning. The Argentinian artist’s Eurocentric gaze focused on ideals of freedom of thought only possible when coming from Europe via a celebration of Ancient Greek democratic values.

The Parthenon of Books was without doubt both relevant and necessary in the immediate post-dictatorship Argentinian milieu, but that was then. The now and the present call for another conversation to unfold, one that looks with critically discerning eyes at the extensive use of plastic as the skin of the work, which in principle keeps the flesh-bricks-books in place. The plastic is used as a means to materialise the artwork and no remark is offered to discuss this pollutant material which has now become ubiquitous in every corner of the planet and is contaminating wildlife, rivers, soil and oceans. Furthermore, this work questions access to knowledge and politics of power from one angle only: the role of the loss of other forms of knowledge and other forms of social organisations, such as that of the native populations in America, remains largely ignored. There seems to be a narrow approach to the idea of creation and distribution of knowledge(s) embodied both by the books chosen (authors such as Freud, Marx, Sartre etc) and by the choice of edifice (Parthenon).

Much of Documenta 14 was politically charged with issues related to the refugee crisis, however there was no attempt at integrating these issues into a broader discussion and overview of the complex problems that generated such a crisis and to make the connection between environmental and geopolitical problems. Ecocide and genocide are intensely interconnected, as activist Winona LaDuke says, ‘There is a direct relationship between the loss of cultural diversity and the loss of biodiversity.’

We artists, curators, art critics and scholars cannot afford to carry on with old discourses and ignore today’s and tomorrow’s challenges. Climate change, loss of wild habitats and biodiversity and the pressure of a globalised market, which impact on people and nature alike, are closely connected to the perpetuation of colonisation in thought and dogma. Losing the ability to connect with and understand nature is tantamount to losing the ability to accept pluralistic views on economies, decolonisation and even different types of democracies. We need works that want to blossom in thousandfold manners and where the ethics of the environment and the non-human agents are brought into the conversation in a less Western-centred and anthropocentric way. 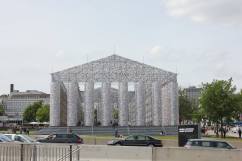 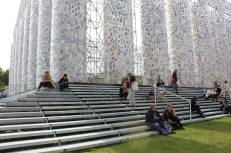