Sustainability Art Prize 2019: There is no Wealth but Life

The Sustainability art Prize 2019 edition has invited students across Cambridge School of Art to engage in the broad conversation around sustainability by creating work in response to John Ruskin’s quote ‘There is no wealth but life’.

Undergraduates, Masters and Ph.D. students have responded to Ruskin’s quote in a variety of ways and media, which is testament to the versatility and breadth of the artistic disciplines and their ability to respond to pressing political and environmental challenges. Whereas some students chose to focus on issues related to climate change, mitigating loss of biodiversity and ideas to reduce the human carbon footprint, others have created work in relation to issues which are not commonly associated with sustainability, such as domestic violence and gender equality.  The World Economic Forum warns that ‘The implications of not providing girls with equal voices, choices, and opportunities affect not just their lives, but the future of the planet.’ as ‘In many homes around the world, women are at the heart of the household’s nexus of water, food, and energy – and thus often know firsthand about the challenges and potential solutions in these areas.’

As curator of the Sustainability Art Prize I am always listening to understand how and in what ways the conversation about sustainability changes and expands and where the energy is coming from. Recent events have seen the rise of young Swedish activist Greta Thunberg, who in 2018 started the first school strike for climate outside the Swedish parliament building. She initiated a movement which has spread across many countries in which youngsters go on school strikes demanding actions from governments to stop climate change. This movement manifested in Cambridge as children from all schools came together to demand climate change action on the 15th March. Their home made placards, which they have donated for the exhibition, represent the voice of those who are often regarded voiceless by politicians as they are too young to vote. Greta has given TED talks as well as speeches at World Economic Forum and the United Nations. She has been nominated for the Nobel Peace Prize.

Together with the mobilisation of the young, a non violent and eclectic socio-political movement which advocates for alerting about climate breakdown and minimising the risk of human extinction was created in the United Kingdom in 2018. This movement is called Extinction Rebellion. International artist duo Ackroyd and Harvey have created work in response to this movement and presented it at the recent London Fashion Week. They say ‘We heard about Extinction Rebellion last October and became immediately involved in the London actions, and helped establish a Local Working Group in our home town. The opportunity to regrow the coats for an action at London Fashion Week was irresistible. The environmental implications of low-cost garment production are shocking. Fast fashion is creating an environmental crisis. A quick report today said that over 1 million tons of clothing are thrown away in the UK each year. Extinction Rebellion recognises that only transformative system change can begin to address the intersecting crises of biodiversity collapse, climate change, pollution, resource depletion and poor soil health.’

Inviting striking children and artist duo Ackroyd & Harvey to the Sustainability Art Prize exhibition this year has opened and expanded the conversation beyond the walls of the university. It is my belief that academic endeavour and artistic research is increased in depth and strength by building bridges and connecting the social nexus of people who defend and sustain life, because, as John Ruskin rightly claimed, life is the ultimate wealth. 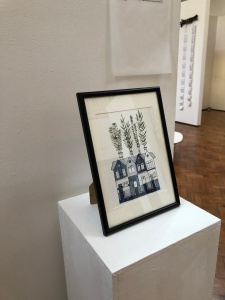 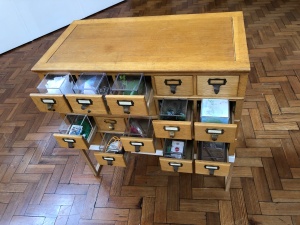 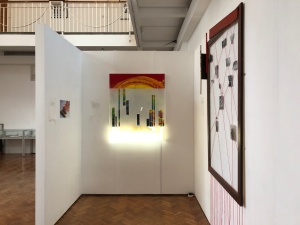